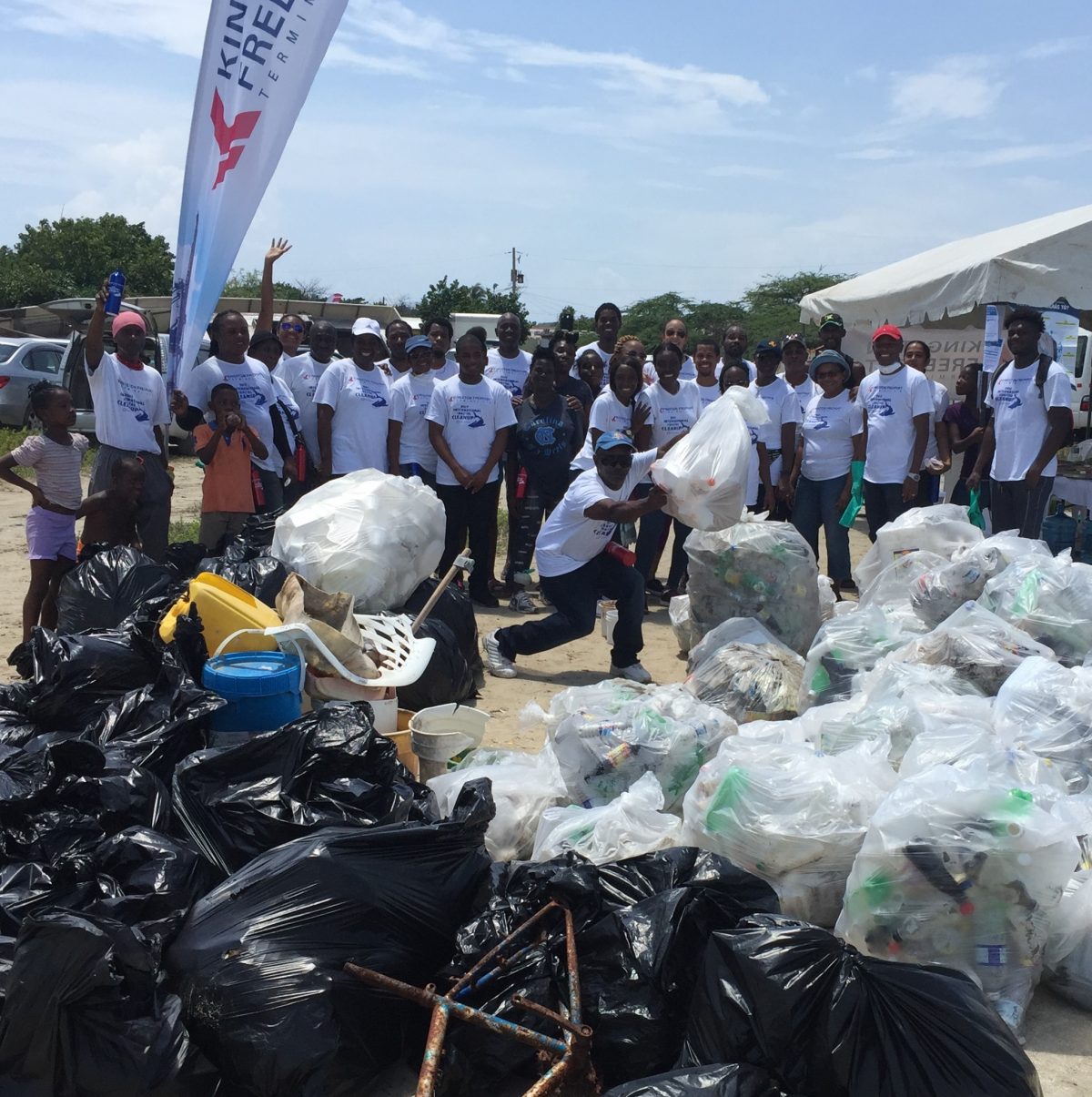 The northern section of the Hellshire beach in Portmore, St. Catherine, which is used by fisherfolk to park their boats, was one of the locations which benefitted from cleanup efforts during the International Coastal Cleanup (ICC) Day on September 16, 2017. The cleanup was executed by volunteers from Kingston Freeport Terminal Limited (KFTL) who were among thousands of individuals across Jamaica who participated in the 32nd annual ICC event aimed at raising awareness about waste and its impact on the environment.
In addition to cleaning up the northern shoreline of the beach, KFTL volunteers also gathered data on the garbage collected, which will be used by the Ocean Conservancy and Jamaica Environment Trust (JET) to educate and advocate for improved waste management practices and policies.
As part of its corporate social responsibility programme, the KFTL decided to join in this year’s activities, organizing and sponsoring its own cleanup efforts at the selected location. “We are aware that every year, various companies join together and clean up the Hellshire shoreline on ICC Day, however KFTL wanted to specifically see how we could have a more targeted impact on what we considered to be an underserved area of the Hellshire shoreline, which is highly used by the fisherfolk in that community,” noted Christopher Gayle, Environmental Specialist at KFTL. He added that over 100 bags of garbage were collected, including over 3000 plastic bottles, which were handed over to the Recycling Partners of Jamaica, following the cleanup on Saturday.
This is the second beach cleanup activity which the KFTL has undertaken in less than three months, with the last cleanup held at the Rae Town Fishing Village in Kingston. Additionally, it is one of several activities which form part of KFTL’s community development programme.
ICC Day, which takes place on the third Saturday in September every year, is the largest one-day volunteer event in the world and has been coordinated globally by the Ocean Conservancy since 1985 and locally by JET since 2008. The theme for ICC 2017 was “Nuh Dutty Up Jamaica”, which aims to improve citizens’ knowledge about the impact of poorly handled waste on public health and the environment, and encourage personal responsibility for the generation and disposal of waste. The main sponsors of ICC Jamaica 2017 include the Tourism Enhancement Fund (TEF), which has been funding ICC since 2008 and the Yello Media Group.

previousKFTL Provides Back to School Support for Fishing Communities