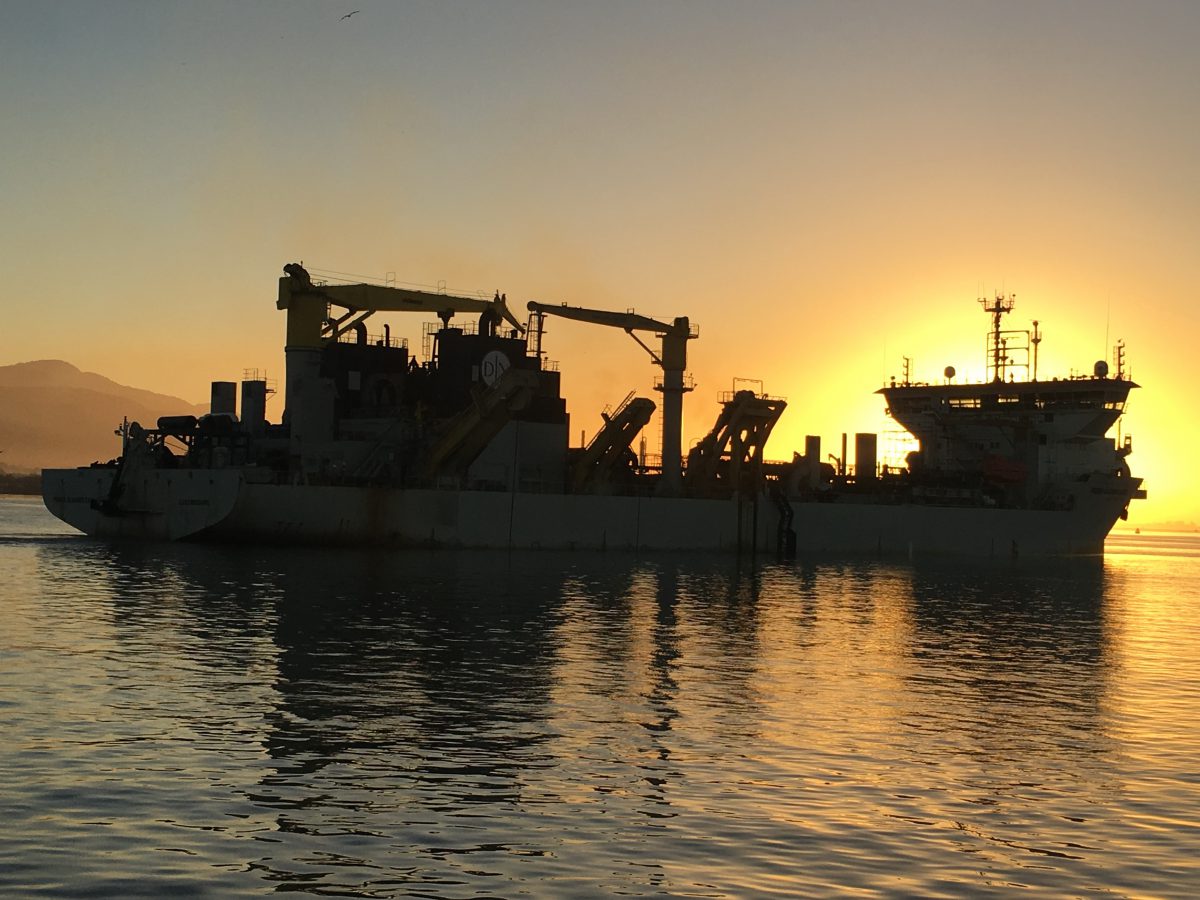 Being undertaken by concessionaire Kingston Freeport Terminal Limited (KFTL), the project involves deepening of the entry channel and reinforcing the quay at Port Bustamante to allow for access by the New Panamax vessels, which are passing through the region following the recent expansion of the Panama Canal.

It is expected to be completed by December 2018 at a cost of approximately US$150 million.

Minister without Portfolio in the Ministry of Economic Growth and Job Creation, Dr Horace Chang, reported that there has been an increase in productivity at the port since the KFTL took over operations last July.

He informed that the KCT is now handling 1.5 million twenty-foot equivalent units (TEUs) of throughput, up from 1.3 million TEUs, and “they are rising on a steady slope upwards”.

“When the work is complete, you will be seeing significant increase; and that means not only an increase in labour force but there will be an increase in business activities,” Dr Chang told reporters, following a tour of Port Bustamante on February 21.

He assured that his Ministry would be working closely with the concessionaire to ensure that the work is developing smoothly and efficiently.

Meanwhile, Chief Executive Officer of KFTL, Olivier Tretout, informed that as part of the overall improvement, new information-technology infrastructure will be built, which will take into account the use of fibre-optic cable.

Tretout pointed out that his team at KFTL is focused on ensuring that KCT is the number-one trans-shipment port within the Caribbean.

He said the port has to be reliable, which means improved safety and security and there should be no breakdown of equipment.

Currently, KFTL has a staff complement of more than 800 workers, which is scheduled to increase to 1,000 by year-end, according to Tretout.

KFTL is a subsidiary of the global terminal operators CMA CGM Group. The local company was established for the sole purpose of acting as the signatory to the KCT concession.

The agreement gives KFTL a 30-year term concession, with the right to finance, expand, operate, maintain and transfer the KCT at the end of the concession period.