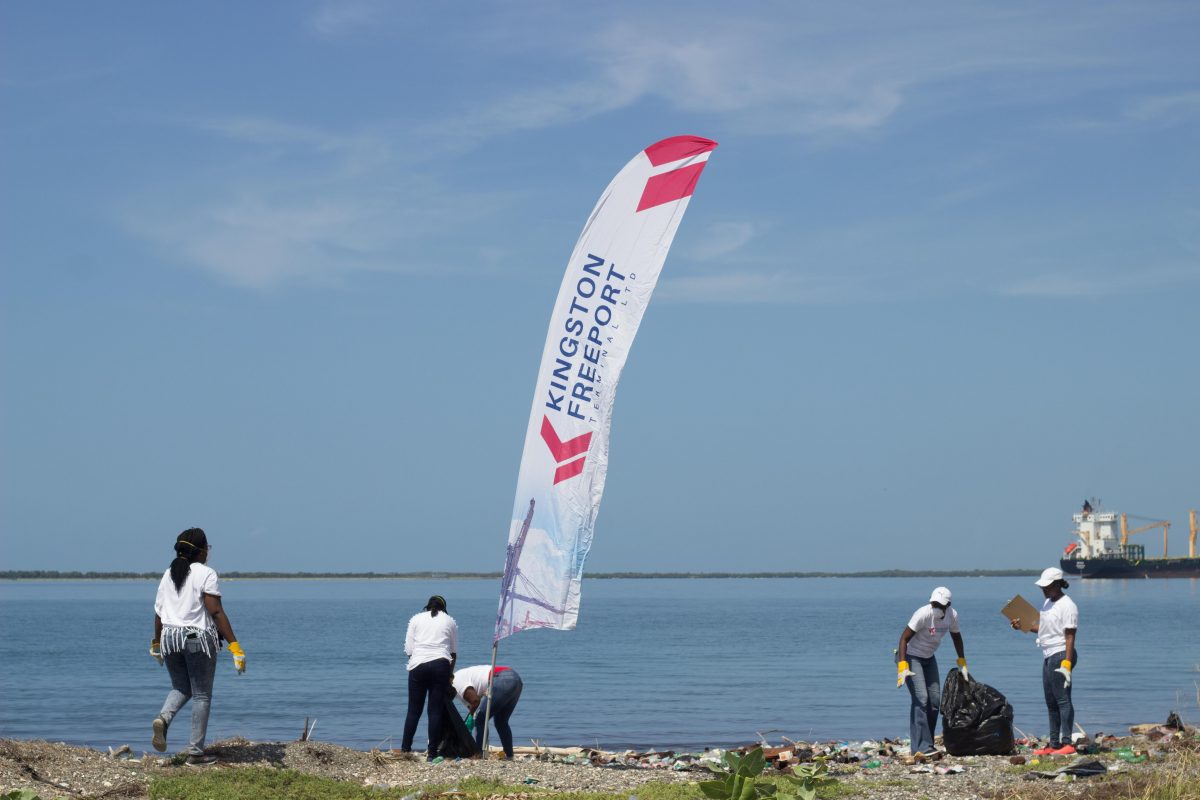 In an apparent attempt to stave off criticism about the potential damage its dredging of Kingston Harbour is causing to marine species and livelihoods, Kingston Freeport Terminal Limited (KFTL) has been sponsoring corporate social responsibility projects in the areas affected by its work.

The two latest initiatives — Restoration and Clean-up of Refuge Cay Mangroves and Port Royal Cays Coral Reef Rehabilitation — are to be executed by The University of the West Indies (UWI) Life Sciences Department through the Centre for Marine Sciences and the Port Royal Marine Laboratory, with financial support from KFTL.

The work is expected to contribute significantly to increasing the fish and seafood stock, as the area is home to numerous species of birds, and serves as a nursery and feeding ground for a variety of fish species, especially those of commercial importance.

The agreements to give effect to the projects were inked last Friday by CEO of KFTL, Olivier Tretout, and Principal of UWI, Mona campus, Professor Archibald McDonald.

The restoration and clean-up of the Refuge Cay mangroves will last for one year and will involve the removal of the heavy build-up of solid waste from the cay, as well as the replanting of mangroves. The Port Royal cays coral reef work, meanwhile, will be implemented over a five-year-period and will feature the design, installation and monitoring of artificial structures on the Port Royal Barrier Reef.

Both projects will also be of financial benefit to Kingston Harbour fishers as some will be directly engaged in their implementation, KFTL said. Among the expected benefits are the creation of alternative livelihoods for fisherfolk, to include ecotourism.

“These two latest initiatives form part of KFTL’s corporate social responsibility efforts and are among several projects aimed at benefitting stakeholders, primarily fisherfolk, within the Kingston Harbour,” the company said. “KFTL remains committed to enhancing the quality of the Kingston Harbour, as well as the lives of the fisher folk who depend on it for sustaining their livelihood and future.”

In addition to the projects aforementioned, the port of Kingston concessionaire sponsored a clean-up of Rae Town fishing beach on Saturday. The clean-up was organised by the Community Safety and Security Branch of the Jamaica Constabulary Force and netted over 10,000 plastic bottles, and other garbage.

KFTL started dredging the shipping channel in the Kingston Harbour in January to make way for larger container vessels expected as a result of the recent expansion of the Panama Canal.

previousWork progressing on dredging of Kingston Harbour for KCT expansion

nextKFTL Provides Back to School Support for Fishing Communities