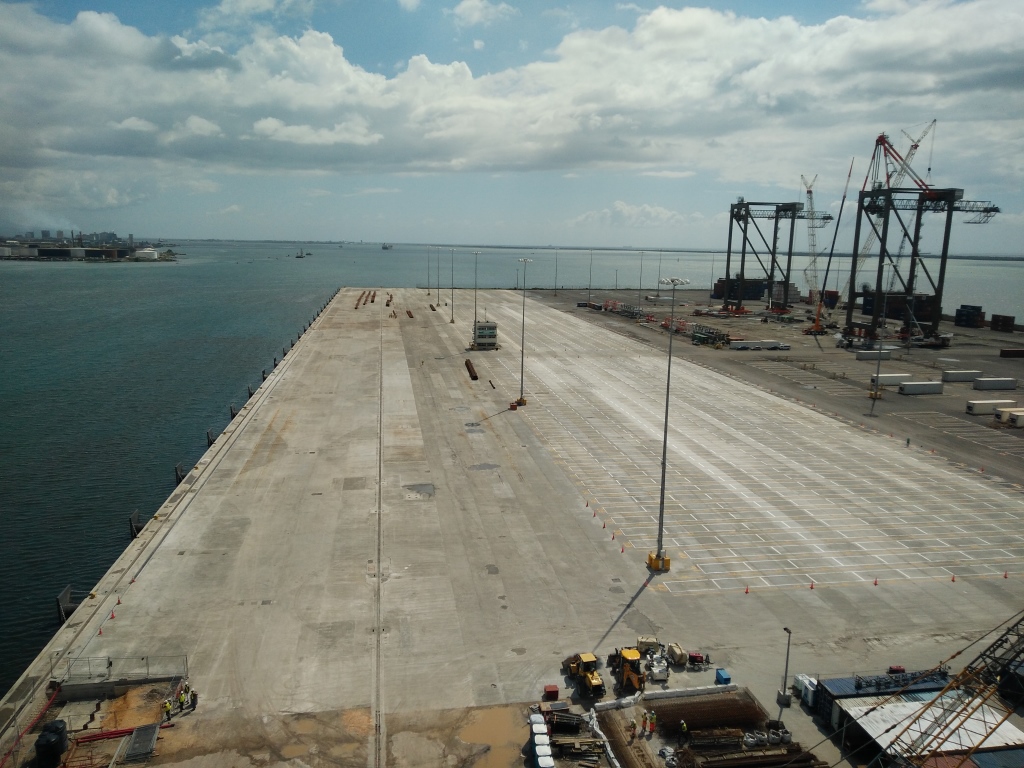 The Kingston Freeport Terminal Limited (KFTL), operator of the Kingston Container Terminal, has completed renovations on the first section of its South Berth and is ready to restart operations in that area.
The renovations, which include the reinforcement of over 1200 metres of the South Terminal, form part of the civil works aimed at upgrading the Terminal and are amongst several investment commitments KFTL made upon assuming responsibility of managing the facilities in July 2016.
The first 600 metres were completed under Section One (1) and the remaining 600 metres of the South Berth will be reconstructed under two additional sections and are expected to be completed by the end of 2018, all at a cost of approximately US $150 million.
Combined with the arrival of new gantry cranes and new cargo handling equipment, KFTL is increasing its capacity and ability to perform at the next level. With these improvements, KFTL will be able to facilitate larger vessels, which will translate to increased transshipment business for Jamaica.
“KFTL staff are excited about the additional capacity and stand ready to turn this opportunity into a success for the Kingston Hub,” noted new CEO, Johannes de Jong. He added that “these improvements could not have taken place without the support of the Port Authority of Jamaica and other stakeholders.”
The civil works is being executed by a consortium which includes Vinci Construction Grands Projects, EMCC and Sodraco and managed by Egis Ports Consultants on behalf of KFTL.
In addition to the completion of Section One (1) of the civil works upgrades, KFTL also completed upgrading of the nautical access in August 2017 after months of dredging to deepen the shipping channel. The achievement of these significant milestones now enables the Port of Kingston to accommodate, on the newly refurbished section, the new Panamax container vessels of up to 14,000 TEUs, which can now pass through the region following the recent expansion of the Panama Canal.