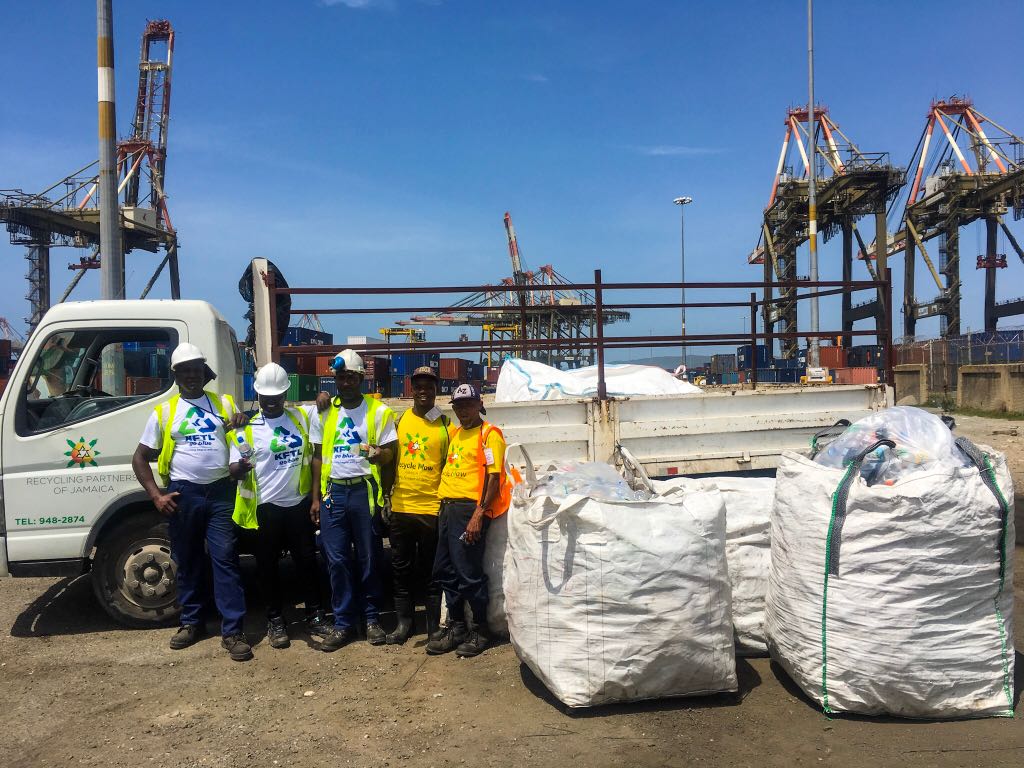 With the government’s recent introduction of a ban on plastic bags and straws, Kingston Freeport Terminal Limited (KFTL) is reporting that it has recycled over 100,000 plastic bottles in over seven months, since the launch of its environmental initiative, “KFTL Go Blue.”

Since June 2018, KFTL has separated and sent for recycling approximately 105,570 plastic bottles and 656lbs of cardboard. The facility, which employs some 1200 workers, has also discontinued the use of single-use plastic straws and has substituted styrofoam food-ware with biodegradable containers at its canteen facility.

“This was possible through the collective efforts of KFTL staff and partners,” noted Christopher Gayle, Environmental Specialist at KFTL. “We look forward to continued support in 2019, when we will seek to increase productivity while reducing the environmental impact of our operations through the implementation of additional initiatives,” he said.

The campaign, which was launched on World Environment Day (June 5, 2018), features various initiatives to improve waste management, energy and resource conservation at the facility. This includes placing colour-coded bins in strategic locations across the terminal to facilitate separation of waste streams by staff and stakeholders. The separated waste is then collected by KFTL’s designated contractor, Recycling Partners of Jamaica.