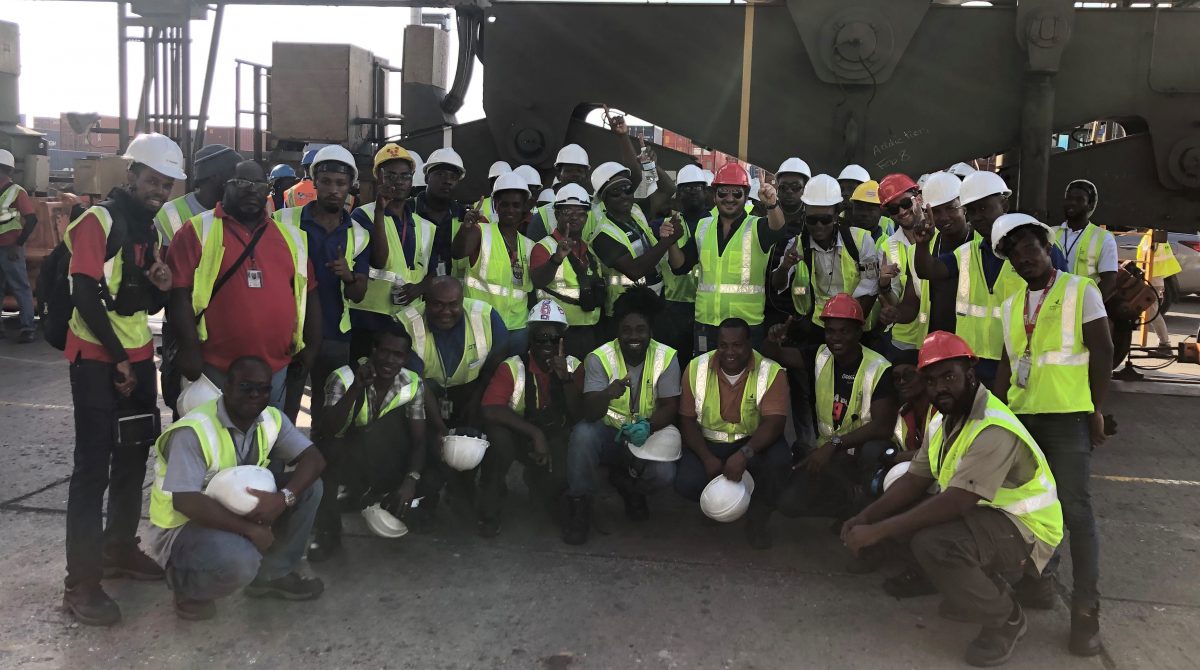 Kingston Freeport Terminal Limited (KFTL), started off 2019 on a high note when it recorded its best performance ever, in the history of the Port of Kingston.

A total of 3304 moves were handled within 24 hours of operation on the Post-Panamax vessel, Cosco Beijing, which arrived at the terminal on January 24. This included 1464 containers being unloaded and another 1840 containers loaded back onto the vessel.

KFTL achieved an average crane productivity of 36 moves per hour and average berth performance of 136 moves per hour with only four (4) gantry cranes working on the mainliner. With this top performance on the Cosco Beijing, which has a capacity of 9,383 TEUS, KFTL is showing present and future clients that it is ready more than ever to accommodate increased volumes.

KFTL, a subsidiary of the third largest shipping company worldwide, French-based CMA CGM, assumed responsibility for the management and development of the Kingston Container Terminal in July 2016, under a 30 year Concession Agreement with the Government of Jamaica.

KFTL facilitates the import and export of goods to and from Jamaica and also serves as a transshipment hub that connects a network of international shipping routes.

Simon Farhat, chief operating officer at KFTL noted that especially for the transhipment market, fast and efficient performance is the key success factor. “The challenge is to maintain these levels so that more business can come to Jamaica,” he noted. “All of us at KFTL are aiming to keep this level of performance and are looking forward to continued growth and success,” Farhat shared.